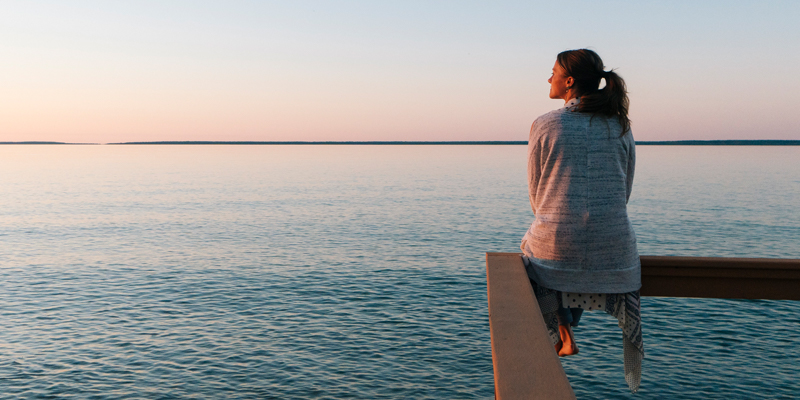 Lauren returned to an idyllic past life in 1590 Polynesia.

Her only question for the session was — why is she drawn to the Spanish language? Near the end of that lifetime, a very big colonial ship comes to the island and Lauren gets her answer. When she crosses over to meet her Spirit Guide, someone else shows up instead.

Lauren emerges as a 35 year old man named Pak Tu. Pak Tu is riding a surfboard. He is tanned and muscular with “sun-kissed” brown hair and blue eyes, “the color of the ocean.” He is a skilled surfer and hunter. Growing up, Pak Tu experienced the love of his father. Pak Tu also shares a special bond with his middle son. The love of Pak Tu’s life is Padma and they have three children together, two boys and a girl. There are other adults and children on the island. Life is blissful and tranquil.

A turning point in Pak Tu’s life is when a “very big ship” arrives at the island. Pak Tu and the others have been safe up until now. But, soldiers from the ship take Pak Tu and the other men from the island onto the ship. It doesn’t feel safe anymore. It feels scary. I wondered where the ship was taking them so I asked Pak Tu to go to the time after the ship arrives at its destination. But, Pak Tu says, “I don’t think I ever get off the ship…. I think I die of like a broken heart on the ship.”

Before he dies, I asked what Pak Tu realizes about that lifetime. He answers, “Just how much love there is… and joy.” Then Pak Tu returns to the ocean as a “little ball of blue light” where he is “bopping around in the ocean” before being pulled down deeper into the water.

When Pak Tu crosses over to meet his Spirit Guide, Lauren becomes very emotional. She is met by Jared, her husband in this life. He is laughing and asks her, “Are you surprised?” Lauren explains that they’re touching foreheads and noses and their bodies are making a heart. She says, “it just feels like love.”

When I asked Jared about his relationship to this soul, he replied, “I am this soul.” They are two halves of one whole. According to Jared, the main purpose of Pak Tu’s life was to create a family and to show others how to do this. Lauren is gratified to learn that this has been her gift for a very long time — teaching others how to create a family — which she does by helping them find the joy.

Before the session ends, Jared tells Lauren that they “just get to keep doing this forever.” He is her soul mate.

Lauren shared that she was amazed at how powerful her session was. She also shared that when she and her husband wrote their wedding vows it was very important to him that their vows not say “till death do us part.” He wanted their vows to say “forever.”

*Lauren’s name has not been changed. She has granted permission to share her story. View the full video of Lauren’s session below.

burned out burn out burnout Client Experiences confidence eternal being Goal Setting gratitude How do you play? How to be brave How to be more confident How to gain confidence How to not be shy How to overcome shyness Human connections LBL Cases LBL Sessions Life After Death life after death communications life between lives love medium mediumship michael newton New Year past life Past Life Story rebirth regression Regression Story reincarnation relationships self-care self care self care ideas self care quotes self confidence Setting Intentions Soul soul group soul guide soulmate soul mate soul mates soulmates valentine's day videos Visions What does it mean to be a hero? What Was I in My Past Life?

This website uses cookies to improve your experience while you navigate through the website. Out of these, the cookies that are categorized as necessary are stored on your browser as they are essential for the working of basic functionalities of the website. We also use third-party cookies that help us analyze and understand how you use this website. These cookies will be stored in your browser only with your consent. You also have the option to opt-out of these cookies. But opting out of some of these cookies may affect your browsing experience.
Necessary Always Enabled
Necessary cookies are absolutely essential for the website to function properly. These cookies ensure basic functionalities and security features of the website, anonymously.
Functional
Functional cookies help to perform certain functionalities like sharing the content of the website on social media platforms, collect feedbacks, and other third-party features.
Performance
Performance cookies are used to understand and analyze the key performance indexes of the website which helps in delivering a better user experience for the visitors.
Analytics
Analytical cookies are used to understand how visitors interact with the website. These cookies help provide information on metrics the number of visitors, bounce rate, traffic source, etc.
Advertisement
Advertisement cookies are used to provide visitors with relevant ads and marketing campaigns. These cookies track visitors across websites and collect information to provide customized ads.
Others
Other uncategorized cookies are those that are being analyzed and have not been classified into a category as yet.
SAVE & ACCEPT
Call Today!