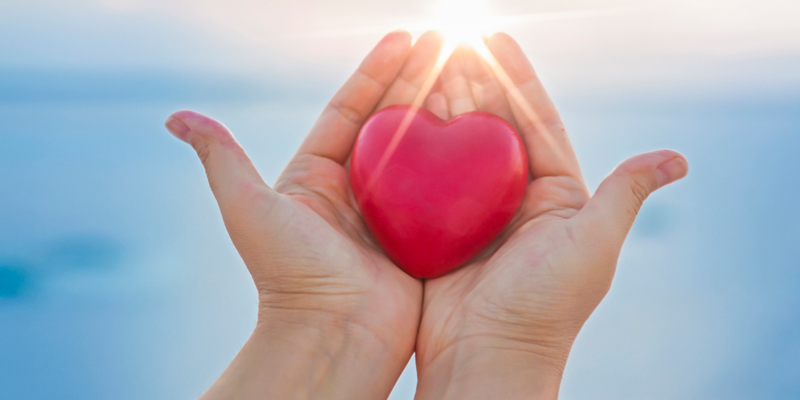 Life Between Lives Session: Ken’s Council tells him, “We Just Care About You”

Last year I shared Ken’s* Past Life Regression (PLR) session with the VC Reporter. Ken is a successful businessman. During his PLR session, he discovered that he’s supposed to focus on his relationships in his current life.

Ken came to his Life Between Lives (LBL) session with questions about his work and his relationship with his wife. He also requested a mantra about self-love.

Before he crossed over into his Life Between Lives, Ken returned to his most immediate past life. The year was 1931 and he was a young man working alone in the Missouri countryside. He grew up with two parents and a younger brother and sister. It was a life of hardship. A significant event in Jeffrey’s childhood was when there was an accident in a neighbor’s field and someone died. The most significant person in Jeffrey’s life was his father, who “cast a shadow” on the family; he was quiet and distant and feared. On the last day of Jeffrey’s life, at age 41, he was working, driving through fields. Reflecting on that life, Jeffrey felt like it had been about just “getting by.” It was not very fulfilling. He never had a family of his own. Life was difficult and a struggle. It felt “unresolved” and “not finished.” He died after feeling a pain in his chest, while driving.

Jeffrey felt relief at being free of the body. He began floating and saw a globe of light with “millions of points of light all around.” When I asked him what was happening, he shared that he was darting around like a dolphin who wants to play before going back. Once he got closer to the globe of light he felt like he was “home.”

Debriefing with the Spirit Guide

Jeffrey’s Spirit Guide, Al, had been watching and waiting for him. Jeffrey recognized him from his PLR session last year. Al is male and was mostly present as energy. Al was glad that Jeffrey was home and told him, “Job well done.” Al’s name for this soul is R2 (as in the Star Wars movies Ken loved as a child).

I asked Al why R2 was shown the life of Jeffrey and why that life was such a struggle. Al said that the goal was to resolve the issues with that father but Jeffrey wasn’t able to because the father didn’t talk. Al shared that there are difficult struggles in life, things we have to experience. But we have to learn that it’s okay, that we can overcome these struggles and move on. I asked how this related to Ken’s life. He said Ken needs to understand that we can still keep pressing forward, that setbacks are not the end.

A Place of Healing and Restoration

I asked if there was a healing place that Al might take R2 to recover from the hard life of Jeffrey. Al took R2 to a warm sandy beach with warm water and warm breezes. R2 walked in and fell in the water and let the water flow over his face. First he was floating, then standing, letting the gentle waves jostle him. I was quiet for a few minutes, letting him enjoy the rejuvenation. I asked him to etch this place in his mind, letting him know that he can return here whenever he would like to.

Next R2 went to meet with his council, the wise beings who oversee all his lives. The meeting took place in an open hut on the beach. There were 11 male and female beings, wearing Greek robes. R2 described the scene as both warm and scary. He felt loved by the council, but, he felt like he didn’t deserve their love. I asked the council if this was one of the lessons R2 was working on and the council responded “Yes!” in unison.

The council revealed that R2 is a young soul and he is just getting to know them. I asked them about R2’s life as Jeffrey and the feeling that he didn’t do a good enough job. The council told him to be patient and that there’s something to be learned in everything. They said, “Sometimes when you struggle and feel like you didn’t go anywhere… the knowledge of the struggle is learning.” The council shared that they were proud of him, that he’s doing what he’s supposed to be doing.

At this point I asked R2 to inquire about the self-love mantra requested by Ken. The council gave him the following mantra, “Be patient. Life is ups and downs. There is no success or failure, just learning. Enjoy it. Enjoy yourself. We don’t care how well you do. We just care about you.” The council shared that Ken needs to stop wondering how he’s doing. They said, their answer will always be, “You’re doing fine, you’re doing wonderfully.”

It was a happy reunion when R2 returned to his soul group. There were six to eight “old friends” hanging out, sitting in plastic chairs in kind of a circle. They were “having drinks and chillin’” at a casual restaurant in a tropical location. The only soul R2 recognized was a soul named Kali, who is R2’s best friend and primary soulmate. Kali was the younger brother in the life of Jeffrey. And Kali is Ken’s cousin, in the current life. R2 described Kali as warm, smiling and easygoing. Kali and R2 spent time “running through things together.” Kali thought that R2 was too hard on himself. R2 said it felt like they had done this “a thousand times,” which they probably had.

R2 described the group as welcoming, fun, warm, happy, lively and positive. It’s made up of young souls and R2 is the sensitive soul in the group. They had all been “out for a long time” and R2 felt great to be back. He said, “It’s just home. It feels good. It feels more like home than anything I had on earth.” They chatted and laughed and joked about their incarnations.

R2’s guide, Al, took him to a “futuristic warehouse.” There were “coffin pods” on the ground to climb into. And then the pod “shoots you off into a life.” There were four choices. One of the bodies on the far side was “broken/not operating.” I asked if he gets to try them on or if he just jumps in. R2 was able to see into the worlds associated with each pod. But, he said that a lot of times he just jumps in. R2 shared that he wished he would have asked Al for his input about choosing previous lives. Al explained that part of the lesson is about asking for help, asking for Al’s guidance, instead of just jumping into whichever one comes up first.

Examining the pod that he eventually chose (the current life of Ken), Al explained that this life would be about love, business, accomplishment, self-acceptance. R2 thought that these were all the same. Al said that R2 didn’t understand that these are all actually very different. R2 thought he needed love and business success to gain self-acceptance. But, Al said that he was supposed to be working on loving himself and self-acceptance. I asked if Al had anything else to say about R2’s current life as Ken. Al told him, “I’m already proud of you.”

R2 felt like it was his duty to incarnate again because he still felt like he didn’t do well in the last life as Jeffrey. I asked Al what could be done about R2’s lingering feelings about that life. Al said, “Ease up man! Seriously take it easy. You’re moving forward. This isn’t a race.” I asked if there was someplace R2 could go to help him ease up. Al took him to a place where R2 was sailing along on beautiful blue water. R2 was at the helm of the sailboat. (Al said R2 had to have something to do so he could enjoy himself. And he had to be in charge.) I asked R2 to anchor the feelings of total peace in his mind and body. Al told him that this feeling of peace would be important for Ken as he moves forward in his next venture in life. He needs to be present in this way, enjoying himself in the moment, without guilt or worries.

Ken was initially hesitant about the session. He was afraid the LBL session might diminish his previous PLR session, which had been life-changing. However, his LBL session proved to be transformative in its own way. When I followed up with him, Ken shared that he had an “epiphany,” about his whole outlook on life and business. He said it’s a relief to realize that it’s normal to have ups and downs and there’s nothing to fix. It’s actually kind of fun and interesting to look at things from this new perspective. He feels a lot less pressure and said that he’s enjoying life now. And the last time we spoke, Ken had just sold his business and was using the proceeds to do the charity work that he loves.

I felt blessed to be a part of Ken’s LBL journey. *Ken’s name has been changed and he has granted permission to share his story.

burned out burn out burnout Client Experiences confidence eternal being Goal Setting gratitude How do you play? How to be brave How to be more confident How to gain confidence How to not be shy How to overcome shyness Human connections LBL Cases LBL Sessions Life After Death life after death communications life between lives love medium mediumship michael newton New Year past life Past Life Story rebirth regression Regression Story reincarnation relationships self-care self care self care ideas self care quotes self confidence Setting Intentions Soul soul group soul guide soulmate soul mate soul mates soulmates valentine's day videos Visions What does it mean to be a hero? What Was I in My Past Life?

This website uses cookies to improve your experience while you navigate through the website. Out of these, the cookies that are categorized as necessary are stored on your browser as they are essential for the working of basic functionalities of the website. We also use third-party cookies that help us analyze and understand how you use this website. These cookies will be stored in your browser only with your consent. You also have the option to opt-out of these cookies. But opting out of some of these cookies may affect your browsing experience.
Necessary Always Enabled
Necessary cookies are absolutely essential for the website to function properly. These cookies ensure basic functionalities and security features of the website, anonymously.
Functional
Functional cookies help to perform certain functionalities like sharing the content of the website on social media platforms, collect feedbacks, and other third-party features.
Performance
Performance cookies are used to understand and analyze the key performance indexes of the website which helps in delivering a better user experience for the visitors.
Analytics
Analytical cookies are used to understand how visitors interact with the website. These cookies help provide information on metrics the number of visitors, bounce rate, traffic source, etc.
Advertisement
Advertisement cookies are used to provide visitors with relevant ads and marketing campaigns. These cookies track visitors across websites and collect information to provide customized ads.
Others
Other uncategorized cookies are those that are being analyzed and have not been classified into a category as yet.
SAVE & ACCEPT
Call Today!